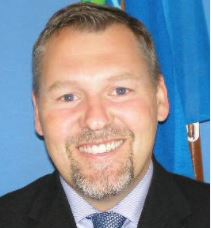 Assistant Head Operations Security, Organisation for the Prohibition of Chemical Weapons (OPCW), NL
Peter J. Zmiyarch PSP CPP, is currently the Assistant Head of Security Operations at the Organisation for the Prohibition of Chemical Weapons (OPCW) in The Hague, and also serves as a Member of the Board for the U.S State Departments’ Overseas Security Advisory Council in The Netherlands. In 2013, the Nobel Peace Prize was awarded to the OPCW "for its extensive efforts to eliminate chemical weapons". Prior to joining the OPCW Mr. Zmiyarch worked with the United Nations and the International Criminal Tribunal for the former Yugoslavia where he was the Assistant Chief of Security. Mr. Zmiyarch started his career in The United States Marine Corps where he held various billets in the infantry and intelligence fields. He is a decorated combat veteran of Operations Desert Shield and Desert Storm, and is an Honorary Life Member of the United States Marine Raider Association. He holds a BA in Business Management and an MPA in Security Management.