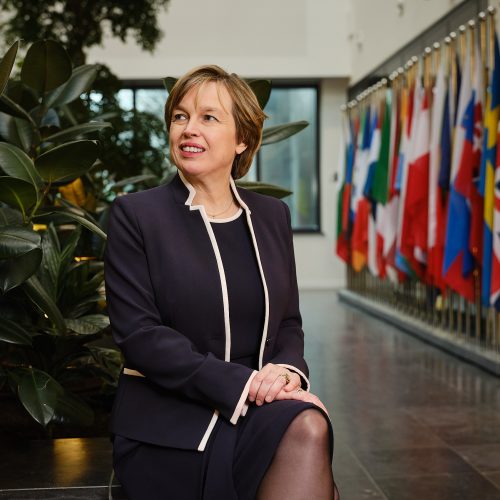 Executive Director, Europol
Before taking up her post as Europol’s Executive Director in May 2018, Catherine De Bolle served as General Commissioner of the Belgian Federal Police from 2012. Prior to her appointment as Belgian Police Commissioner, Ms De Bolle was Chief of Police in Ninove. In January 2015, she has received the title of Public Manager of the year. From November 2015 until November 2018, she was a member of the Executive Committee of Interpol. Ms De Bolle studied law at Ghent University and then went on to graduate from the Royal Gendarmerie Academy in Belgium.