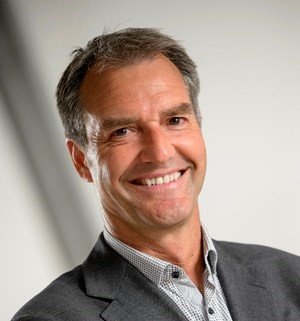 Chief Resilience Officer, City of Rotterdam, NL
After attending the University of Utrecht, graduating in Physical Geography, Arnoud started his career with several ambitious trainee posts and jobs in France, New Zealand and the Netherlands. As deputy head of the Rotterdam Water Management Department, he was responsible for Rotterdam’s urban water management and the Waterplan2. In 2008 he was appointed Manager of the ambitious Rotterdam Climate Proof program. In this context he initiated the international Connecting Delta Cities network as part of the C40, became regional coordinator within the Dutch research program Knowledge for Climate and was responsible for the design (2013) and implementation of the Rotterdam Adaptation Strategy.
He successfully led the City of Rotterdam towards a leading position on innovative urban water management, climate adaptation and resilience. This resulted in 2013 in a European Peer City status, a C40 Award for Adaptation in 2015 and recently a NYTimes publication and launch of the new Global Centre of Excellence for Climate Adaptation partnered by UN-Environment in Rotterdam. Arnoud is first editor of the third Connecting Delta Cities book “Resilient Cities and Climate Adaptation Strategies”. He also was member of the Steering Committee of the international conference Deltas in times of Climate Change 2014 and the Program Advisory Committee AIWW2015/2017.
In September 2014 he has been appointed as Chief Resilience Officer at the City of Rotterdam supported by the Rockefeller Foundation. Most recently the Rotterdam Center for resilient Delta Cities and, in May 2016, Rotterdam’s first Resilience Strategy ever were launched under his leadership. In June 2016 he was appointed as knowledge ambassador for the City of Rotterdam.